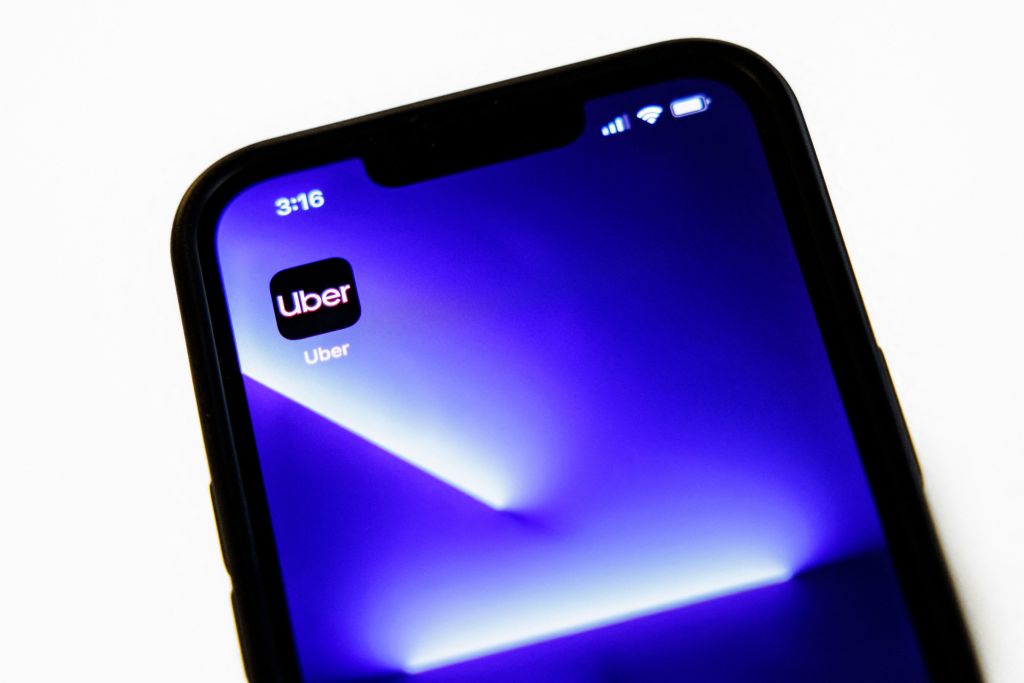 Uber is currently testing bus and rail travel options in the UK in partnership with Omio, as TechCrunch reports.

(Photo: by SAMUEL CORUM/AFP via Getty Images)
In this photo illustration, the Uber app is seen on an iPhone 13 Pro in Washington, DC, on July 10, 2022. – A leaked cache of confidential files from ridesharing app Uber illustrates ethically questionable and potentially illegal tactics that the company used to fuel its frenetic global expansion that began nearly a decade ago, a joint media investigation revealed on Sunday.

Omio covers over 1,000 transport providers in 37 countries and also has its own travel app. The Berlin-based travel app is also developing a business-to-business API to allow partners to access their ground transportation network. They also have air and ferry travel on the app and website. However, its main purpose remains to be on train and bus/coach travel.

Uber is Omio’s largest partner so far and the first company to gain access to Ohio’s full ticketing API. Therefore, customers can do everything in the Uber app.

The partnership will allow Uber to offer international train travel to UK users. For all trips booked through the Uber app, Omio will generate a commission which it will share with Uber through an undisclosed breakdown. Additionally, the ridesharing app is paying Omio to license its technology.

Omio believes this partnership will increase the number of customers in the UK. They also plan to add more ground transportation functionality in phases with core functionality being launched and expanded in the coming months.

Earlier this year, Uber announced plans to add travel booking via flights, trains and more in the UK as part of its expansion. It aims to provide a “seamless door-to-door experience”, as reported by the Financial Times.

This new feature will allow customers to book their train, flight and Uber in the app through software integration with airlines, intercity bus and rail operators and car rental companies, according to CNBC.

The UK expansion is an important step as Uber has tapped into a larger market outside of the US. Additionally, later this year, the ridesharing app plans to onboard hotels by bringing premium partners into the app for a seamless door-to-door experience.

According to CEO Dara Khosroshahi, the enforcement strategy is nothing new. Their goal is to make Uber “the Amazon of transportation,” according to Engadget.

Before the global pandemic, 15% of Uber rides were higher-margin rides to or from airports. And now that COVID is behind this big push in transportation models is Uber sending the message that they will continue to grow for years to come.

The company also announced earlier this year that it would allow New York users to book Yellow Cab taxis through the app, and customers will only pay the same amount as when they get an Uber X ride.

This article belongs to TechTimes

ⓒ 2022 TECHTIMES.com All rights reserved. Do not reproduce without permission.