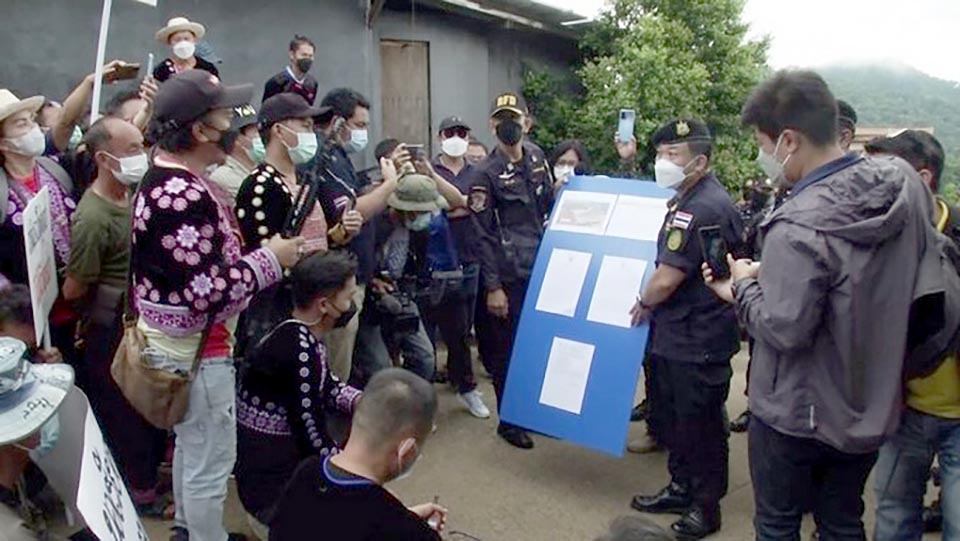 Hundreds of local residents blocked a road leading to the resort’s hotels. The two sides argued emotionally as the villagers demanded unfair action against the resort hotels and demanded that the matter be taken to court for justice. Eventually, the officials withdrew.

Protest leaders said 3,800 villagers occupied only 2,500 rai of land and had never encroached on any forest or been proxies for businessmen.

Mon Cham in Chiang Mai was declared part of the National Forest Reserves 58 years ago. The management of the Royal Development Projects sought permission from the local people who had lived in the forests for generations to use the area for agriculture. Later, Mon Cham became a tourist destination and locals built resort houses and campsites to accommodate visitors. The arrival of businessmen prompted the authorities to launch their land use survey 3-4 years ago.

Authorities have already demolished five businessmen’s resort hotels near a local village and are taking legal action against 122 other hotels. Of these, 86 establishments have been prosecuted under building control and hotel laws and 36 others have been charged with violating forest law. (TNA)

24-Hour Check Cashing Near Me: 6 Places to Cash Checks After Hours