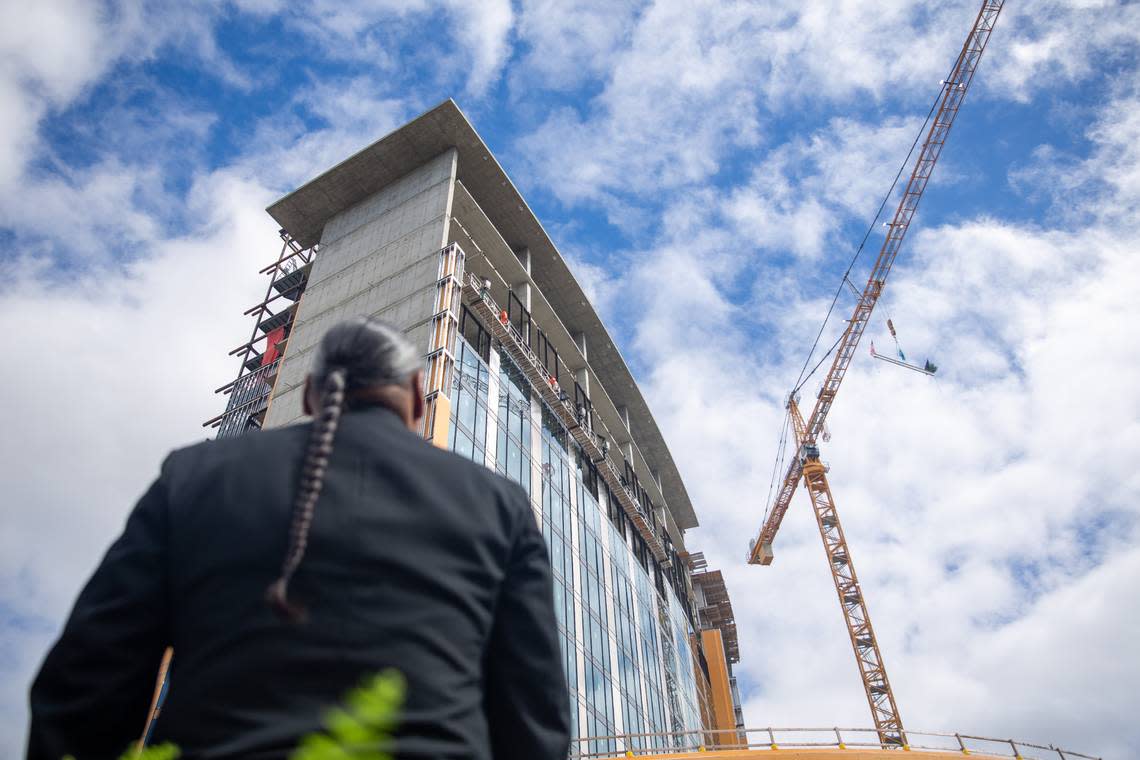 The transformation of Muckleshoot Casino in Auburn continues as a recent building ceremony marked the placement of the final truss for the site’s new hotel tower.

The hotel tower will feature approximately 400 rooms, “extensive gaming, an indoor pool, spa services and a rooftop steakhouse among its amenities,” according to a casino statement.

On Friday, the last beam of the site’s new resort tower was put into place during a finishing ceremony.

The 1,000-pound, 25-foot-long beam included the signatures of members of the Muckleshoot Indian tribe as well as construction workers constructing the 18-story structure.

The new tower, first announced in spring 2019should be complete in the fall of next year.

Original 2019 plans called for the tower to open last year, but plans were pushed back the following year. Construction faced delays, including a concrete strike, according to the Seattle Daily Journal of Commerce.