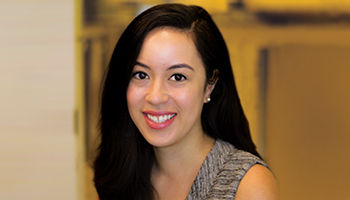 The prices may be too high.

Thanks to growing demand, hotel rates have skyrocketed this summer, with some particularly hot markets, like Hawaii and Florida, hitting record highs.

However, the phenomenon is not limited to resort destinations. According to data from STR for the week of June 11, the US hospitality industry as a whole saw its weekly ADR reach $155, which is the second highest nominal level on record. This rate was also 23% higher than the weekly ADR of the previous year, as well as 15% higher than the ADR of the same week in 2019.

Of course, hotel executives pointed to not just demand, but also rising operating costs as a key driver of rate increases. During a Q&A with the media at NYU’s 44th Annual Hospitality Investing Conference, held in New York City last month, Hilton CEO Chris Nassetta , referred to more expensive labor and the fact that other “input costs have risen significantly” for hotel owners.

“Everything is more expensive these days,” Nassetta said.

Yet increases in hotel rates appear to be outpacing general inflation.

That said, there are some early warning signs that travelers may have reached their limit when it comes to hotel prices.

A recent report from Inntopia’s DestiMetrics, for example, indicates that the pace of summer bookings has already slowed significantly at properties in several key western mountain destinations. Data shows the pace of bookings for May-October arrivals fell 40.4% from a year ago at 17 mountain destinations in Colorado, Utah, California, Nevada, Wyoming, Montana and Idaho. The rate of reservations also fell by 20.6% compared to 2019.

In a statement, Inntopia’s senior vice president of business intelligence, Tom Foley, said that although room rates in mountain destinations remain at record highs, economic pressures could cause consumers to withdraw high prices.

Similarly, during NYU’s Q&A, a reporter specifically took issue with the $800-a-night rate she recently quoted for a stay at a DoubleTree by Hilton property in Colorado, asking Hilton’s Nassetta : “How much is too much?”

While Nassetta acknowledged that $800 was far from a typical DoubleTree rate, he suggested the high price was born out of the “laws of economics.”

“I guess it was a unique circumstance where there were a lot of people wanting to be at that ski resort at that exact time in Vail, and so, that’s price management,” Nassetta said.

“It can impact maybe the edges of demand, but at least for Hilton and Hyatt, I think the category of travelers most impacted by making a trade-off between pomp and necessities at home and traveling … I don’t think that’s our customer base.”

This prediction could certainly come to pass, but if the current mountain destination trend is any indicator for the industry as a whole, the impact of high hotel rates and other higher-than-normal travel costs could soon be felt. ‘infiltrate beyond the limits of demand.